What’s the Lesson? Clinical vs. Corporal
Evidence-Based For Educators and Parents

This past August, children in the Cassville School District in Missouri returned to the classrooms under a new set of governance, corporal punishment. The District’s school board approved this practice (after having dropped it in 2001), with the understanding that parents needed to opt-in for their children to be impacted. “Under this new form of discipline, students will be eligible for corporal punishment after other forms of discipline, such as detention and suspension have failed and then only with the superintendent’s permission.”  (NPR Article HERE)

For decades, corporal punishment has been a heated topic of debate. The divergent camps fall on the anti and pro sides with very little in between. The reasons for corporal punishment are to stop the offensive or incorrect behavior, to prevent its recurrence, and to set an example for others (See Corporal Punishment in Schools). Many believers in corporal punishment believe that some students need a “swift” and “immediate” response to their behavior in order to put an end to the action.

The Data Behind Corporal Punishment and SEL Needs

With greater recognition of the need for Social-Emotional Learning in schools, children's needs for self-regulation and coping strategies are gaining traction worldwide. Schools are rapidly becoming places in which children are learning not only academically but psychologically. While this duality does place a heavier load on educators, the research supports the need for these evolved relationships to ensure the health, wellness, and development of students. The payoff is valuable in that “children who are mentally healthy tend to be happier, show greater motivation to learn, have a more positive attitude toward school, more eagerly participate in class activities, and demonstrate higher academic performance than less mentally healthy peers (Hyson 2004; Kostelnik et al. 2015). Children who exhibit social and emotional difficulties tend to have trouble following directions and participating in learning activities. Compared with healthier peers, they may be more likely to suffer rejection by classmates, have low self-esteem, do poorly in school, and be suspended (Hyson 2004; Kostelnik et al. 2015). Thus, children’s social and emotional health is just as important as their physical health and affects their capacity to develop and potential to lead a fulfilling life (Social and Emotional Health).

While it is certainly understandable that an undesirable behavior is unwanted in any classroom, the science is clear: spanking hinders student progress and can have lasting effects. Spanking in school takes on even more implications as being spanked in front of peers is humiliating, which can lead to withdrawal and social drawbacks. Having healthy mental growth is also contingent upon having trusting adult relationships. Students who are recipients of spanking frequently report that they lose respect for the adults inflicting the punishment. In addition, the rates of corporal punishment are disproportionate among students of color and students with disabilities.

Providing Kids with Resources and Tools

With the wave of Social-Emotional Learning being a worldwide priority in schools, the intention is to resource kids with tools that will help them to self-regulate, sustain motivation during challenges, and be able to rely upon themselves through well-thought-out decision-making because they trust themselves. All of these skills are critical for life, and they need to be learned through healthy instruction as well as by experiencing trial and error.

With corporal punishment, the lesson is oftentimes lost on kids as the adult emotion of anger takes precedence. They also don’t learn the corrective action or a way to make a better choice. Instead of learning to navigate tools for anger management, students receiving spankings in school learn that being hit means that someone doesn’t like their behavior. But what happens then?

What is the Lesson?

The logical next step would be to learn about their impact on others, themselves, and the environment around them. The final lesson to develop lifelong learning would be to develop skills to prevent harmful or disruptive outbursts in the future while gaining confidence in navigating difficult situations. Corporal punishment skips these important steps and ends on a jolt that has very little meaning.

There is little to no upside to schoolwide corporal punishment and the statement, “I was hit, and I turned out fine” bears no scientific merit. Many adults who were spanked have been studied over the years; the data is telling. The American Academy of Pediatrics cautions that “corporal punishment is of limited effectiveness and has potentially deleterious side effects,” and “recommends that parents be encouraged and assisted in the development of methods other than spanking for managing undesired behavior”.

Additionally compounding the complexity of school safety, is the staggering rates at which school-based violence has taken an upturn in recent decades (not as a result of corporal punishment being banned). Educators and students need tools for safety and growth. If current measures for corrective action are not effective, this calls for education and support. Corporal punishment fails to address the root causes of behavior and completely skips the lessons that can come from learning retrospectively.

Schools considering implementing this practice may want to consider the lessons they want to teach their students. The decision comes down to immediate physical force coupled with anger, humiliation, and distrust vs. lifelong skills through modeling, trust, and autonomy. Until we learn that discipline is helping a child to solve a problem, our students will not learn to do it on their own. Raising Awareness This Red Ribbon Week This week (Oct. 23 – 31) we join the National Family Partnership (NFP) in raising awareness of drug use and misuse through the Red… 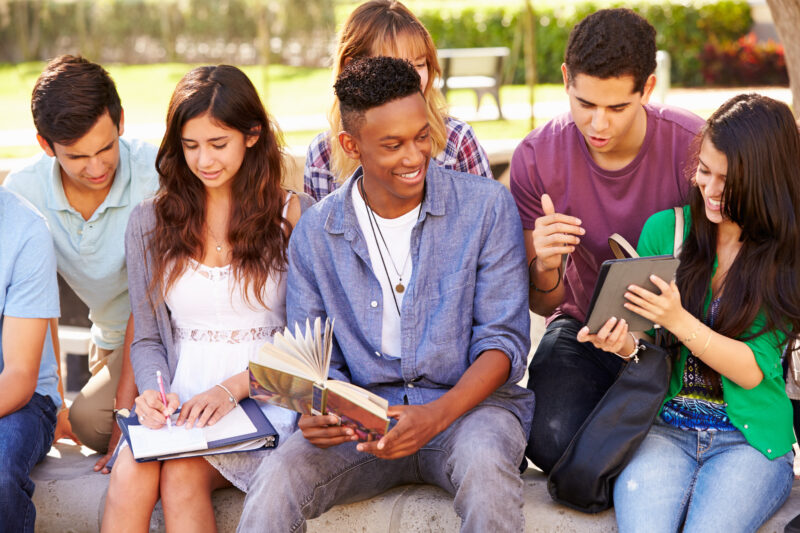 How SEL Can Help ELL The United States prides itself on being a melting pot of cultures and diverse individuals. With so many people coming from different parts of the…

How is SEL associated with attendance?  CASEL has found that a systemic, districtwide approach to SEL supports an equitable, high-quality education for all by improving behavioral outcomes and increasing attendance.…
Schedule A Demo
Learn how to partner with BASE Education.
Schedule A Demo
Choose Your Role
District Admin
School Admin
Teacher/Counselor
Close